«Sound Fusion» underground: rock and classical music will be heard in Marble Cave

«Sound Fusion» underground: rock and classical music will be heard in Marble Cave 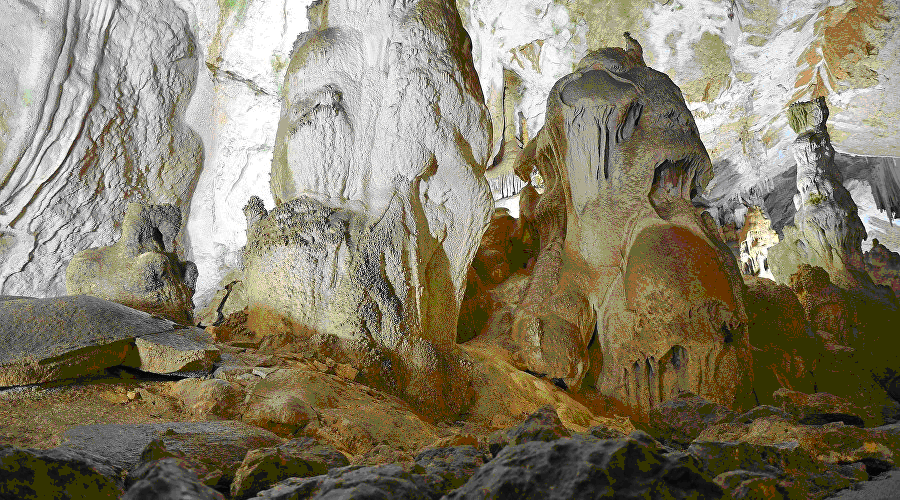 A grand concert “Sound Fusion” will be held in the Marble Cave on May 16. The Chamber Orchestra of the Crimean State Philharmonic will delight its guests with its program.

Popular rock hits and works by world famous composers will be performed underground at a depth of several tens of meters. The concert will be held in a Crimean cave not for the first time and will open the fifth season of such performances of the orchestra. The program will amaze the imagination.

The overture from Wolfgang Amadeus Mozart’s “The Marriage of Figaro”, “The Morning” from the suite “Per Gynt”, the suite “From Holberg’s Time” (first movement) and Edvard Grieg’s “In the Mountain King’s Cave”, “Baba Yaga” from the “Pictures at an exhibition” and Modest Mussorgsky’s “Night on Bald Mountain” will be included in the program.

Famous compositions by rock bands The Beatles, Metallica, Scorpions, Nirvana, Pepp purple, Europe and Queen will be included in the program. Guests will hear the iconic “Yesterday”, “Nothing else matters”, “Still loving you”, “Smells like teen spirit”, “Smoke on the water”, “The final countdown” and “We Are The Champions”.

The artistic director and chief conductor of the orchestra is Denis Karlov, a scholarship holder of the Russian government, winner of the Crimean State Prize and an Honoured Artist of the Republic of Crimea.

— At the ticket office of the Philharmonic Hall. Address: Simferopol, 37 Krylov street;

— Before the concert (if there are free seats).

The concert will be held in compliance with all sanitary rules established by Rospotrebnadzor.